Opening The Bunker’s Autumn Season the curated festival This is Black will premiere theatre productions by four new and exciting Black writers across an alternating double-bill. Exploring identity, family relationships and universal struggles, the festival will showcase All the Shit I Can’t Say to My Dad by Abraham Adeyemi and Blue Beneath My Skin by Macadie Amoroso with PYNEAPPLE by Chantelle Alle and Melissa Saint and Teleportation by Ronkẹ Adékoluẹjo.

The festival will also feature a visual art exhibition curated by Sophia Tassew, an art director and creative who has curated a number of sell-out exhibitions with brands such as ASOS and Converse. The exhibit will run every Sunday, highlighting the work of artists Amaal Mohamed, Sharon Adebisi and Taja Boodie in response to the stimulus, ‘What does it mean to be Black in the UK? Past, present and future’.

This is Black curator Steven Kavuma comments, As a writer and director, I have always wanted to go and showcase my work at the Edinburgh Fringe but have felt mindful of participating as I am aware of the mental and physical baggage it involves to be a Black artist presenting work in Edinburgh and other fringe theatre spaces which are often occupied by white people. I have heard stories from friends about their experiences from racial profiling, racist comments and white audiences unwilling to take flyers for their shows. It feels as though there is only space, time, money and resources for a particular kind of person in this industry, who is always given the license to make “edgy”, “radical” and “experimental” work. When we do make work and take ownership of spaces, it is often branded by some critics as “aggressive”, “too loud”, “too violent” and “not challenging enough”. As an artist, this annoys me but as a Black person making work, it displaces me in this industry and in this country.

Kavuma adds, I believe that Blackness is not one dimensional; it is layered, complex, beautiful, ugly, angry, loud, and everything more that is unsaid and with all the plays in this festival, we aim to offer audiences a varied depiction of Black stories. With the DJ sets and exhibition, I hope this will begin to deconstruct how none or not regular theatregoers interact and engage with theatre.

This is Black aims to support, encourage and celebrate Black artists, and to create a supportive fringe festival experience that existing platforms do not always successfully provide. Friday and Saturday nights will also include a DJ set until late from Ashleigh Simone who has DJed events such as Sony Music Entertainment’s International Women’s Day Event, Boxpark Croydon Ree-Up Presents and Syco’s Annual Summer Party at the V&A museum.

“And when you need to heal you have to… Return to that place of pain. It’s the same place you find healing.”
AK’s back at his mum’s to write his debut album and decides it’s time to be honest, even if the truth hurts.
He finally says 27 years of things left unsaid but is it too late?

BLUE BENEATH MY SKIN BY MACADIE AMOROSO
directed by Janet Etuk
(produced by Sculptress Theatre Company)
“Clothes allow me to choose how people see me,
Clothes can speak louder than my skin…”
Through the eyes of a 17-year-old mixed race girl, Blue Beneath My Skin explores the nuances of identity and ethnicity, which reveals to us how self-perception and the perceptions put upon us can push us onto a destructive path.

PYNEAPPLE BY CHANTELLE ALLE & MELISSA SAINT
directed by Abigail Sewell
(produced by SPYCE collective)
Young black women grapple with stereotypes of in the therapeutic, London-based hair salon, Crowns. But with rent increasing, will their safe space continue to exist? This new, vibrant play explores mental health, sexuality, colourism and femininity as the women share themselves, explore and grow with each other.

TELEPORTATION BY RONKE ADÉKOLUEJO
directed by Steven Kavuma
assistant director Esme Allman
Gary is alone in his flat and disappearing due to his disability. Anuyin is a carer and ready to work. But this proves to be a challenge she isn’t prepared for: unconventional love, born out of unchosen hate. Can these two polar opposites rediscover how we are all connected to each other, one way or the other? Ronkẹ Adékoluẹjo’s debut play explores two bodies sharing a single spirit.

A visual art exhibition curated by Sophia Tassew, an art director and creative who has curated a number of sell-out exhibitions with brands such as ASOS and Converse. This will feature work by Amaal Mohamed, Sharon Adebisi and Taja Boodie who have responded to “What does it mean to be Black in the UK? Past, present and future.” 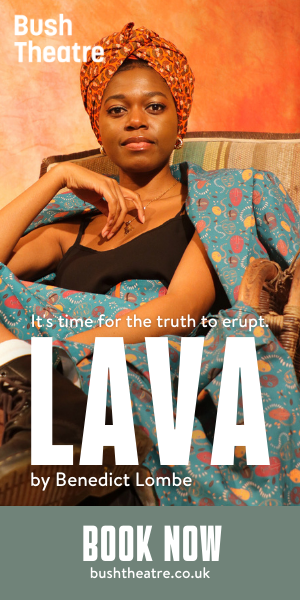 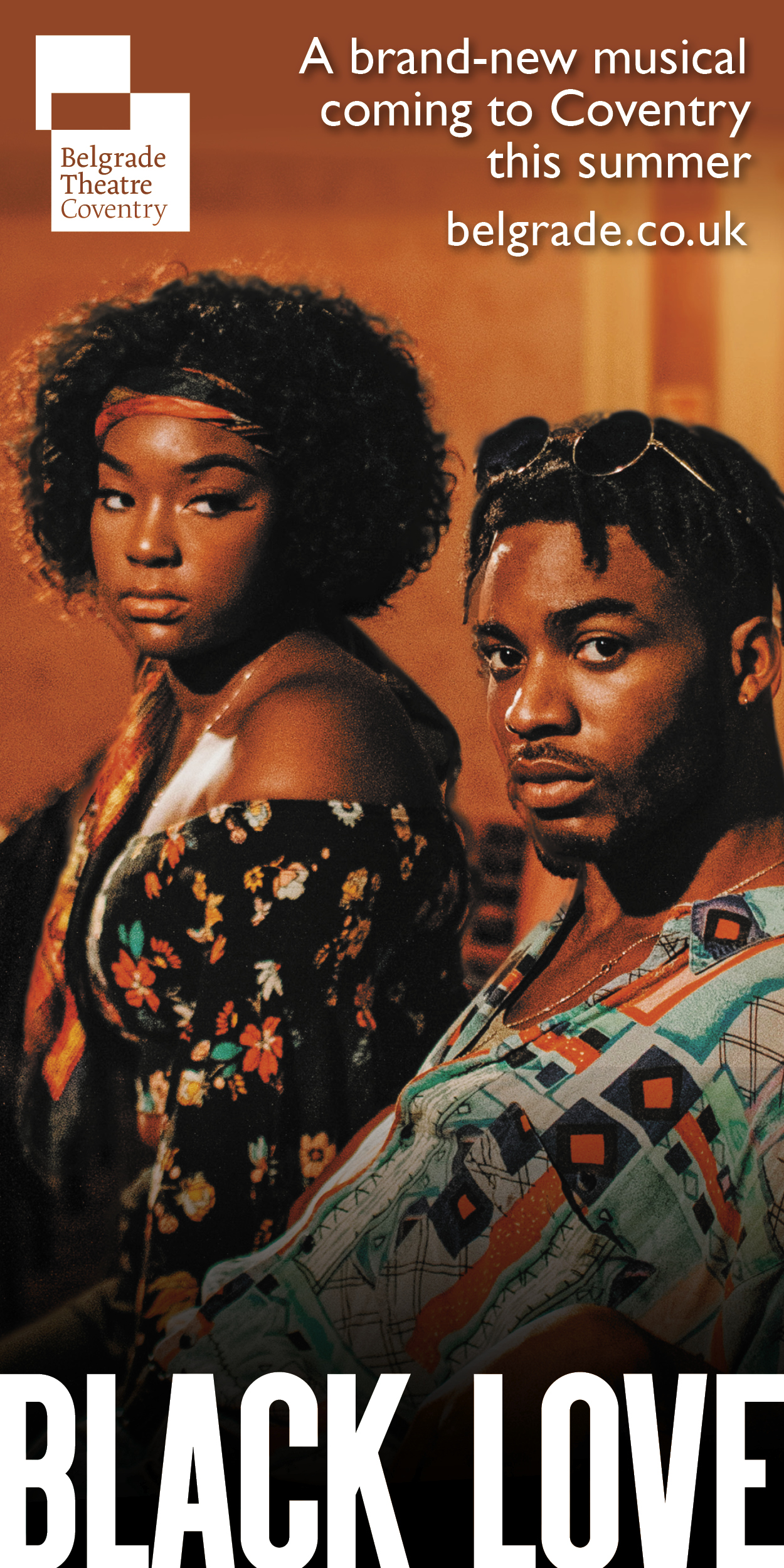