Running from 1 September – 1 October, BFI Southbank will celebrate the great Angela Bassett, one of the most captivating screen stars of her generation, with an illustrious career spanning over 30 years. ANGELA BASSETT: QUEEN OF THE SCREEN will celebrate Bassett’s regal presence and undeniable versatility that have come to define her signature star power, firmly establishing herself as an iconic leading lady with roles traversing every genre from intimate indie drama (Boyz n the Hood) to heart-stopping musical biopic (What’s Love Got to Do with It) to dystopian, action-fuelled thriller (Strange Days).

An electrifying character actor, director and producer, she’s also seen as one of the finest and most beloved artists to have emerged from the early 90s wave of new American cinema. The season include an introductory talk Trailblazer: The Rise of Angela Bassett hosted by season programmer Jan Asante of THINK Cinematic on Thursday 3 September; this event will explore the career, substance, style and star power of this trailblazing actor and consider where her iconic status sits within the current politics of cinema, stardom and representation.

Early work screening in the season will include the late John Singleton’s directorial debut, the landmark indie drama Boyz n the Hood (John Singleton, 1991) as well as Spike Lee’s Malcolm X (1992) starring Denzel Washington as the slain civil-rights leader and Basset as his devoted wife, Dr Betty Shabazz. Bassett worked with Spike Lee again on the director’s reworking of the ancient Greek tale Lysistrata; Chi-Raq (2015) is a provocative musical intervention on warfare in the streets of Southside Chicago.

Panther (Mario Van Peebles, 1995) revisits the history behind a seminal 1960s political movement; the Black Panther Party for Self-Defense were hailed as heroes by many, yet hunted by the FBI as enemies of the state. Mario Van Peebles, son of 1970s radical filmmaker Melvin Van Peebles, adapted his father’s novel for the screen, spotlighting co-founders Huey P Newton and Bobby Seale. Bassett’s filmography extents to sci-fi in Kathryn Bigelow’s provocative Strange Days (1995) which spirals deep into a murderous maze of virtual reality, sexual taboo, police corruption and an escalating race-war that threatens to ignite the streets of Los Angeles on the eve of the new millennium.

Also screening will be the heart-stopping musical biopic, What’s Love Got to Do with It (Brian Gibson, 1993), where Bassett played the legendary Tina Turner, reunited with her Boyz n the Hood co-star Laurence Fishburne as Turner’s volatile husband Ike. Bassett also starred alongside musical icon Whitney Houston in Waiting to Exhale (Forest Whitaker, 1995) adapted from the best-selling novel by Terry McMillan and marking a landmark moment in black, female-centred 90s cinema. John Sayles’ quietly contemplative indie drama Sunshine State (2002) sees out-of-town real estate developers descend upon the sleepy coastal enclave of Delrona Beach, Florida, bringing with them the allure of big money, weighing precariously against the daunting prospect of irreversible change and the dismantling of community.

Completing the line-up for the season in 90s romantic comedy-drama How Stella Got Her Groove Back (Kevin Rodney Sullivan, 1998) starring Bassett as a high-flying 40-something stockbroker who takes a lavish trip to Jamaica alongside her rebellious friend Delilah (Whoopi Goldberg). There she meets an unlikely suitor, a dashing young islander (played by Taye Diggs), who sweeps Stella off her feet. Pleasure and panic prevail as Stella reconciles her impeccably structured corporate lifestyle and motherhood, with her passionate desire for her free-spirited, younger lover.

NEED TO KNOW: To enjoy 2 tix for 1 simply quote ‘Afri241’ when booking online, in person or over the phone | BOOK TICKETS | Afridiziak Theatre News is proud to be a promotional partner for the Angela Bassett: Queen of the Screen season at BFI. 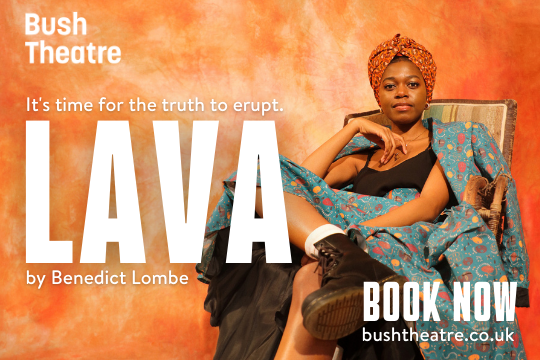